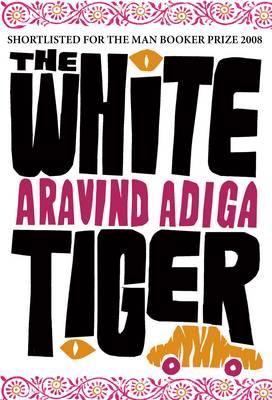 'Unlike almost any other Indian novel you might have read in recent years, this page-turner offers a completely bald, angry, unadorned portrait of the country as seen from the bottom of the heap; there's not a sniff of saffron or a swirl of sari anywhere. The Indian tourist board won't be pleased, but you'll read it in a trice and find yourself gripped.' Andrew Holgate, Sunday Times Meet Balram Halwai, the 'White Tiger': servant, philosopher, entrepreneur, murderer. Born in a village in the dark heart of India, the son of a rickshaw puller, Balram is taken out of school by his family and put to work in a teashop. As he crushes coal and wipes tables, he nurses a dream of escape. His big chance comes when a rich village landlord hires him as a chauffeur for his son. Arriving in Delhi with his new master, Balram's re-education begins, as he learns of a new morality at the heart of a new India. As the other servants flick through the pages of Murder Weekly, Balram begins to see how the Tiger might escape his cage. For surely any successful man must spill a little blood on his way to the top? The White Tiger is a tale of two Indias. Balram's journey from the darkness of village life to the light of entrepreneurial success is utterly amoral, brilliantly irreverent, deeply endearing and altogether unforgettable. 'I'm very honoured to win the Man Booker Prize for The White Tiger. I'm grateful to my publishers, Atlantic Books - and also to all the reviewers, critics, and readers, especially in Australia, who have supported my book. I hope The White Tiger delights even more readers and also gets them thinking about the larger issues it raises.' - Aravind Adiga, Winner of the 2008 Man Booker Prize for Fiction

The story of a poor man's life is written on his body, in a sharp pen.

Standing around books, even books in a foreign language, you feel a kind of electricity buzzing up towards you [...] It just happens, the way you get erect around girls wearing tight jeans. Except here what happens is that your brain starts to hum.

You can't expect a man in a dung heap to smell sweet.

Mine 5 beste leser opplevelser i 2009