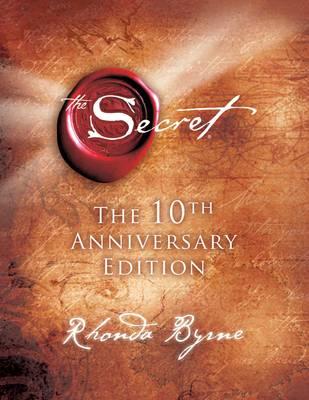 Once known only by an elite who were unwilling to share their knowledge of the power, 'the secret' of obtaining anything you desire is now revealed by prominent physicists, authors and philosophers as being based in the universal Law of Attraction. And the good news is that anyone can access its power to bring themselves health, wealth and happiness. Fragments of The Secret have been found in oral traditions, literature, religions and philosophies throughout the centuries. A number of the exceptional people who discovered its power went on to become regarded as the greatest human beings who ever lived. Among them: Plato, Leonardo, Galileo and Einstein. Now 'the secret' is being shared with the world. Beautiful in its simplicity, and mind-dazzling in its ability to really work, The Secret reveals the mystery of the hidden potential within us all. By unifying leading-edge scientific thought with ancient wisdom and spirituality, the riveting, practical knowledge will lead readers to a greater understanding of how they can be the masters of their own lives.

THE 10TH ANNIVERSARY EDITION OF THE BOOK THAT CHANGED LIVES IN PROFOUND WAYS, NOW WITH A NEW FOREWORD AND AFTERWORD. In 2006, a groundbreaking feature-length film revealed the great mystery of the universe - The Secret - and, later that year, Rhonda Byrne followed with a book that became a worldwide bestseller. Fragments of a Great Secret have been found in the oral traditions, in literature, in religions and philosophies throughout the centuries. For the first time, all the pieces of The Secret come together in an incredible revelation that will be life-transforming for all who experience it. In this book, you'll learn how to use The Secret in every aspect of your life - money, health, relationships, happiness, and in every interaction you have in the world. You'll begin to understand the hidden, untapped power that's within you, and this revelation can bring joy to every aspect of your life.The Secret contains wisdom from modern-day teachers - men and women who have used it to achieve health, wealth, and happiness. By applying the knowledge of The Secret, they bring to light compelling stories of eradicating disease, acquiring massive wealth, overcoming obstacles, and achieving what many would regard as impossible.