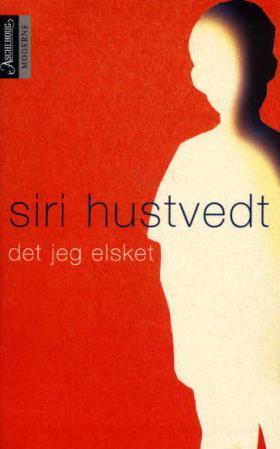 This long, ambitious novel makes demands for patience and perseverance on the part of the reader. The novel falls in three distinct parts. The first part deals with the protagonist Leo Herzberg's relationships with his own family, but in particular his friendship with the artist Bill Wechsler. The second part tells about the loss of Leo's son Matt, and the third of the troubled relationship to Bill's son Mark. From this point of view the novel follows a social-realist thread which is documented with references to the literature on psychological disorders among children and young people. All in all this is a tale of loss and sorrows.

However, Siri Hustvedt also wants us to appreciate the relationship between life as we live it and the visual arts. Leo teaches classes on classical art, while his friend Bill is moving from traditional painting to conceptual art and photography. Long stretches of the book is devoted to Leo's evolving interpretation of Bill's art projects, which become more and more complex, but also commercially successful. Thus the first two parts of the book is deeply concerned about the meaning and usefulness of art appreciation, since Leo is after all an art historian rather than an artist himself. However, in the third part about the troubles of the young Mark Wechsler, Hustvedt turns to a discussion of the possible perverse aspects of art perpetrated by a friend of Mark.

The main characters in What I Loved are presented as secular Jews with a background story about anti-semitic persecution in 1930s Germany. A female character Violet Blom shares the same background as the author: Lutheran Norwegian-American from Minnesota. Oddly enough, Leo Herzberg himself has a fairly common German-Scandinavian name, and in general I find that all the characters have a lot in common with other personalities in US literature of a Scandinavian origin, being quite so serious-minded about most things in life.

Siri Hustvedt writes well, but I find her more recent books more enjoyable than this complex but at times depressing story.