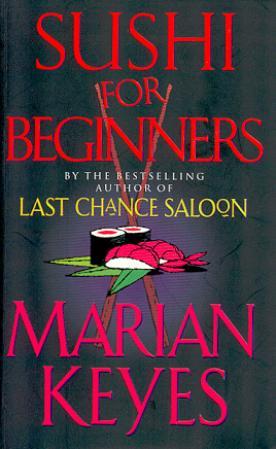 WHAT A DIFFERENCE A YEAR MAKES.
'Dublin's a small wet place across the Irish sea, where they drink a lot and never stop talking. A booming economy, huge population of young folk. the place is ripe for a feisty woman's magazine. And we want you to head it up, Lisa.'
Magazine editor Lisa Edwards, shiny and hard as an M&M, thinks her life has ended when her 'fabulous' new job turns out to be deportation to Dublin, launching Colleen magazine. If it weren't for the decorative presence of her new boss, the dishevelled and moody Jack Devine, she might just turn on her Prada heel and take the first plane back. But she's Lisa. She doesn't do failure. Much as she'd like to, this time.
Ashling Kennedy, Colleen's assistant editor, has her own problems. She's an award-winning worrier and has always been aware that something isn't quite right in her world. Not just because she has no waist, no boyfriend and buys far too many handbags. But because, right at her core, something is absent, like the tiny pinprick dot that remains when the telly shuts down for the night. The person she envies most in the world is her oldest friend Clodagh Kelly, and for very good reason.
Known as the Princess, life has always delivered what Clodagh wants (and why not, when you were the most beautiful girl in your class?). She's living the domestic dream in a Siematics Castle, married to her prince, with two adorable babies. So why, lately, has she had the urge, more than once, to kiss a frog? Sleep with a frog, if truth be told.
Sushi for beginners is about searching for happiness. And how, if you let things bubble under the surface for too long, sooner or later they'll boil over. Sharp, funny and sweet, Marian Keyes' latest novel confirms her place as the hottest young female writer in Britain.