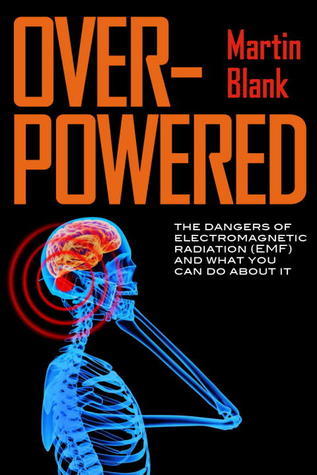 The many potential negative health effects from EMF exposure,
including many cancers and Alzheimer’s disease - can take decades
to develop. So we won’t know the results of this experiment
for many years — possibly decades.
But by then, it may be too late for billions of people.

You may not realize it, but you are participating in an unauthorized
experiment — “the largest biological experiment ever,”
in the words of Swedish neuro-oncologist Leif Salford.

For the first time, many of us are holding high-powered
microwave transmitters — in the form of cell phones —
directly against our heads on a daily basis.

To put it simply, the debate has two sides. On the one hand,
there are those who urge the adoption of a precautionary approach
to the public risk as we continue to investigate the health effects
of EMF exposure.
This group includes many scientists, myself included, who see
many danger signs that call out strongly for precaution.

On the other side are those who feel that we should wait for
definitive proof of harm
before taking any action.

The most vocal of this group include representatives of industries
who undoubtedly perceive threats to their profits
and would prefer that we continue buying and using more and more
connected electronic devices.

This industry effort has been phenomenally successful,
with widespread adoption of many EMF-generating technologies
throughout the world.

But EMF has many other sources as well. Most notably, the entire
power grid is an EMF-generation network
that reaches almost every individual in America
and 75% of the global population.
( med en noe annerledes, men gjennomtrengende
elektrisk forurensning )

Today, early in the 21st century, we find ourselves fully immersed
in a soup of electromagnetic radiation on a nearly continuous basis.

(...) science demonstrates a wide range of bioeffects linked to EMF
exposure.
For instance, numerous studies have found that EMF damages and causes
mutations in DNA — the genetic material that defines us as individuals
and collectively as a species.
Mutations in DNA are believed to be the initiating steps in the
development of cancers, and it is the association of cancers with
exposure to EMF that has led to calls for revising safety standards.

This type of DNA damage is seen at levels of EMF exposure equivalent to
those resulting from typical cell phone use. ( . . . )

In fact, levels of EMF thousands of times lower than current safety
standards have been shown to
significantly increase risk for neurodegenerative diseases
(such as Alzheimer’s and Lou Gehrig’s disease)

and male infertility associated with damaged sperm cells.
In one study, those who lived within 50 meters of a high voltage power
line were significantly more likely to develop Alzheimer’s disease
when compared to those living 600 meters or more away.

The increased risk was 24 % after one year, 50% after 5 years, and 100%
after 10 years.
Other research demonstrates that using a cell phone between two and four
hours a day leads to 40 % lower sperm counts than found in men who do not
use cell phones, and the surviving sperm cells demonstrate
lower levels of motility and viability.