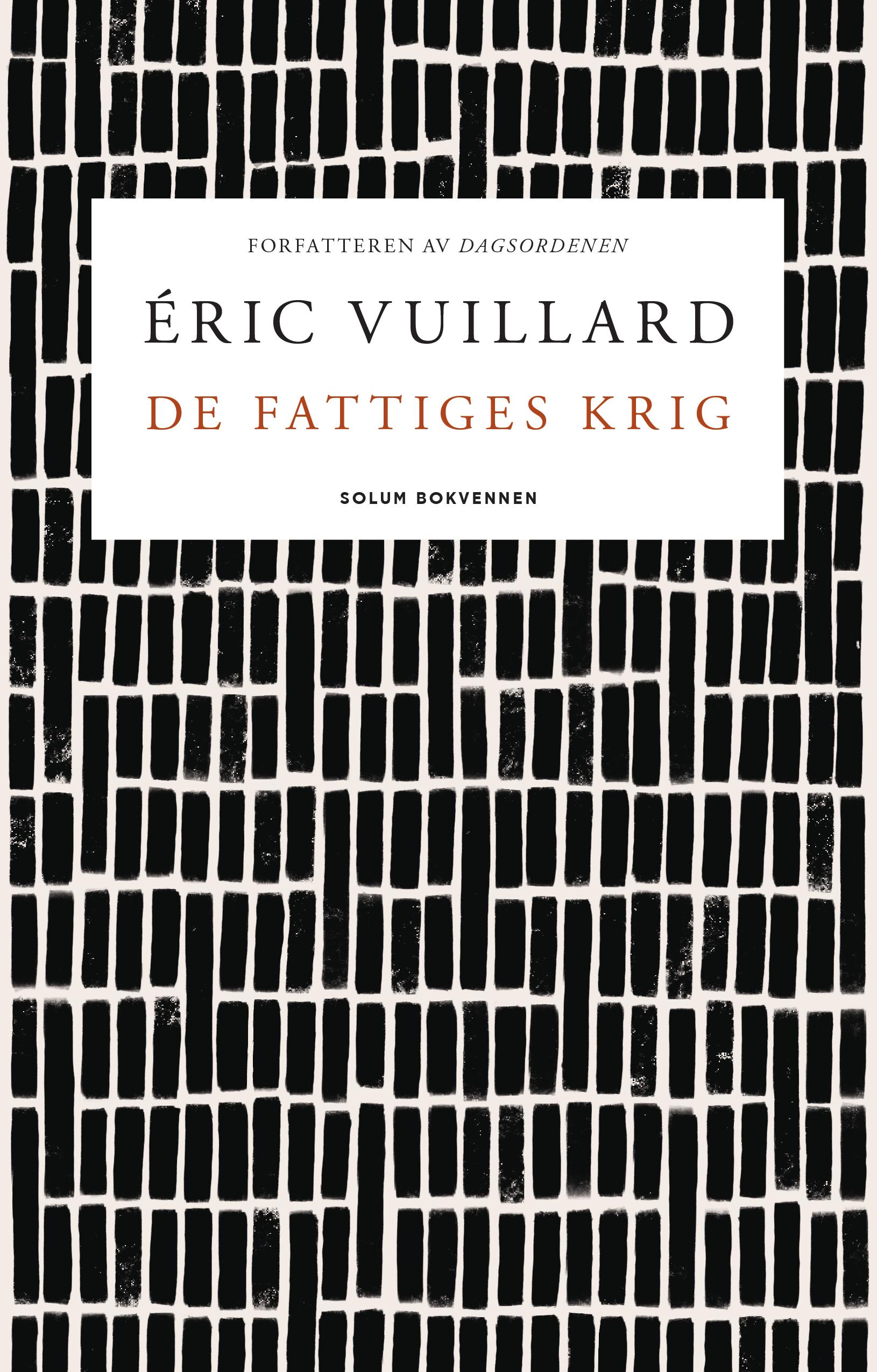 "Some wars are famous, for example the Napoleonic wars,
the wars of independence or the world wars.
Of others, nothing is known: they are the wars of the poor,
the ones that in the history books of high school are remembered
at most as not better identified as "peasant revolts".
Yet they involved weapons, battlefields, dead and wounded
as in any other war.

By telling us the story of Thomas Müntzer (c.1489-1525),
a priest at the time of the dawn of the Reformation and leader
of desperate people, Vuillard makes us penetrate the tightest
mesh of those popular uprisings that upset Germany
in the early sixteenth century and, before that, the English
countryside of the fourteenth and fifteenth centuries.

The interesting common denominator of the various wars of the poor
is that they are based on religious motivations,
and it is no coincidence that they are often headed by churchmen,
whose starting point is the Bible.
The people, for centuries crushed by the nobles and clergy,
do not have the strength to rebel, but they find it when the
enlightened preacher (or madman, or heretic, or fanatic,
depending on the point of view) makes them think:
why does God,
the god of the poor, need so much pomp?
Why do his ministers need all that luxury?
Why is God strangely always on the side of the rich?
Questions that were, to say the least, subversive at the time,
but that perhaps every now and then we would do well to ask
ourselves even today".

Tremendous is the wrath of the righteous, says the adage,
because they know how to be implacable.
And Thomas Müntzer was a righteous, but also a visionary fool.
Even without ever having heard of him, his tragic and devastating
end is immediately foretold.
I had actually met him in Luther Blissett's "Q" and was fascinated
by him. In this beautiful book by Vuillard we are offered
an additional, decisive fact:
Thomas Müntzer is a child when his father is hanged before his eyes.
Everything comes from there.
Then "the protest is intertwined with the history of the written word.
Müntzer asks to translate the Bible and say mass in German,
meeting the opposition of the Pope.
But a few years earlier an extraordinary event had happened:
Mr. Gutenberg, goldsmith and printer, had invented the modern press.
A formidable distribution tool for Luther's Bible into German,
who began working on the translation just as Müntzer put himself
at the head of the army of peasants".

This little opus tells, in 68 pages, the German peasant revolt of 1525,
around Thomas Müntzer.
A revolt that later fascinated Friedrich Engels and Karl Marx.

Thomas Müntzer was 15 years old when he witnessed the hanging of
his father.
In a country where the Reformation is taking place as well as the
printing press, he becomes a mystical preacher, and will try to
stir up the peasants and the working masses against the princes
and clerics.
He advocates access to the holy texts in a language understandable
to all and a sharing of wealth, . . .

Vuillard also outlines the peasant revolts that took place in England
shortly before this time.

Welcome to the story of the war of the poor, the exasperated,
told to a frenzied rhythm.
It is the anonymous, the "nameless", the uprisings of ordinary men
that make history change...let's never forget it.

Some will see a nod to the struggle led by the yellow vests...
does the current struggle bring together the same ideologies?
Is it really a war of the poor?

Tasty and caustic, this mini tale can be savoured, savoured
little by little like a chocolate truffle.
A bomb!
What a feat in 68 pages and what an ending!
everything happened too fast ... this story deserves a rereading