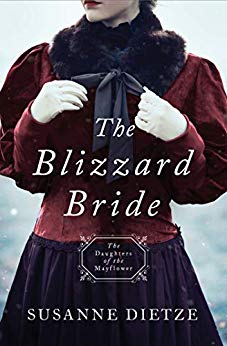 When Abigail Bracey’s father tries to get out of his involvement with a counterfeiter ring, he gets killed, and the world as Abby and her mother knows it falls apart.. She reluctantly has to work with ex boyfriend and Secret Service Agent Dashiell Lassiter.

Four years after the scandal Secret Service makes contact. She is asked to help them in their search for the criminal counterfeiter known as “The Artist” – Fletcher Pitch who killed her father. He keeps moving from place to place disguising himself and making sure nobody knows what he looks like, making it difficult to apprehend him.

Abby agrees to go to Wells Nebraska to work undercover to bring her father’s killer to justice. Pitch is searching for his son, who is in hiding from his criminal father, so Abby needs to uncover both father and son’s identities. Agent Dashiell Lassiter of Secret Service is assigned to keep her safe. He is Abby’s ex boyfriend and she finds it very hard to be around him again. She is angry and feels he abandoned her six years ago when he left town without a word.

I find it touching how Abby finds her way back to her faith and manages to forgive and let go of the hurt she has been carrying around for years. She stopped praying as she feels God doesn’t hear her after her father’s death. When leaving for Nebraska, she purposely leaves her Bible behind. After a time she realizes she misses her relationship with God. Throughout the story she is in a process of reigniting and strengthening her faith, which I felt ended up being a great value to the plot.

I felt this story gave me Little house on the Prairie feel with descriptions of small town environment where everybody knows everybody else and Abby soon becomes a respected part of the community. The need for constant considerations of propriety within school hours I found entertaining and funny. In small town rural Nebraska there would have been countless events that could get tongues wagging, which Abby needed to take seriously to keep her job.

The plot of this story moved gradually in the first half, tension increasing in the second half and ending with a dramatic conclusion. The real historic event of the blizzard of 1888 in Nebraska added an intense and drama to the story, really putting Abbey’s faith and perseverance to the test.

This is book #11 in the Daughters of Mayflower Series, and the first one I have read in this series. I would recommend it for fans of Susanne Dietze and for readers of historical fiction.
Thank you to Netgalley and the publisher for this ARC in return for my honest review. All opinions are my own.