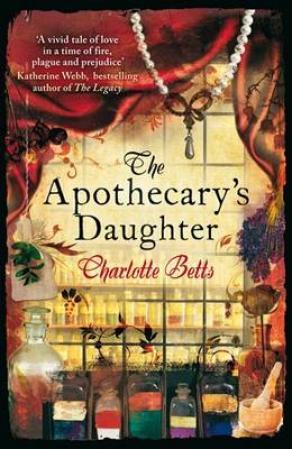 Susannah Leyton has grown up behind the counter of her father's apothecary shop, surrounded by the resinous scents of lavender, rosemary, liquorice and turpentine. More learned than any apprentice, she concocts soothing medicines and ointments with great skill. Content with her life, Susannah is shocked when her widowed father announces his intentions to marry again, and later becomes caught in a battle of wills with her new step-mother. When she receives a proposal of marriage from handsome and charming merchant Henry Savage, she believes her prayers have been answered and resolves to be a good wife to him. But Henry is a complex and troubled man, haunted by his memories of growing up in Barbados. As the plague sweeps through the city, tragedy strikes, and the secrets of Henry's past begin to unfold ...