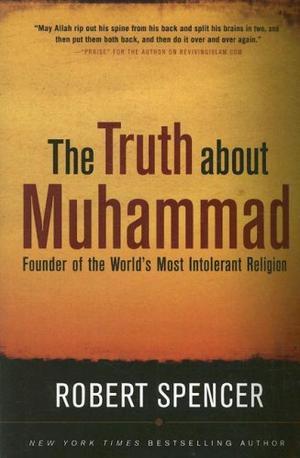 The Truth about Muhammad

Founder of the World's Most Intolerant Religion

“Here’s why the life of Muhammad [and Jesus] matters:

Contrary to what many secularists would have us believe,
religions are not entirely determined (or distorted) by
the receivers over time.
The lives and words of the founders remain central, no matter
how long ago they lived.

The idea that believers shape religion is derived, instead,

from the fashionable 1960s philosophy of deconstructionism,
which teaches that written words have no meaning other than
that given to them by the reader.

Equally important, it follows that if the reader alone finds
meaning, there can be no truth
(and certainly no religious truth);
one person’s meaning is equal to another’s.

Ultimately, according to deconstructionism, we all create our
own set of “truths,”
none better, or worse than any other.

Yet for the religious man or woman on the streets of Chicago,
Rome, Jerusalem, Damascus, Calcutta, and Bangkok,
the words of Jesus, Moses, Muhammad, Krishna, and Buddha
mean something
far greater than any individual’s rendering of them.
And even to the less-than-devout reader, the words of these
central religious leaders are clearly not equal
in their meaning.”