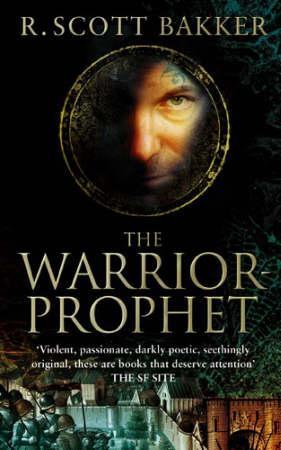 the prince of nothing

Book two of The prince of Nothing finds the Holy war continuing its inexorable march southward. But the suspicion begins to dawn that the real threat comes not from the infidel but from within. Steering souls through the subtleties of word and expression, Kellhus strives to extend his dominion over the men of the Tusk. The sorcerer Achamian and his lover, Esmenet, submit entirely, only to have their faith, and their love, tested in unimaginable ways. Meanwhile, the warrior Cnaiur falls ever deeper into madness. Convinced that Kellhus will betray their pact to murder his father, Cnaiur turns to the agents of the Second Apocalypse and strikes an infernal bargain. The Holy war stands on a knife edge. If all is not to be lost, the great powers of the world will have to choose between their most desperate desires and the end of the world. Between hatred and hope. Between Anasurimbor Kellhus and the second apocalypse.