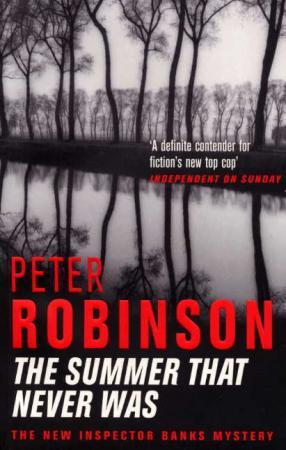 The summer that never was

A skeleton has been unearthed. Soon the body is identified, and the horrific discovery hits the headlines. Fourteen-year-old Graham Marshall went missing during his paper round in 1965. The police found no trace of him. His disappearance left his family shattered, and his best friend, Alan Banks, full of guilt. That friend has now become Chief Inspector Alan Banks. With the Marshall case reopened, he finds himself under suspicion. At the same time a teenager has disappeared in Yorkshire, and for Banks, uncanny parallels begin to echo across the decades. This is the 13.th novel about Alan Banks.