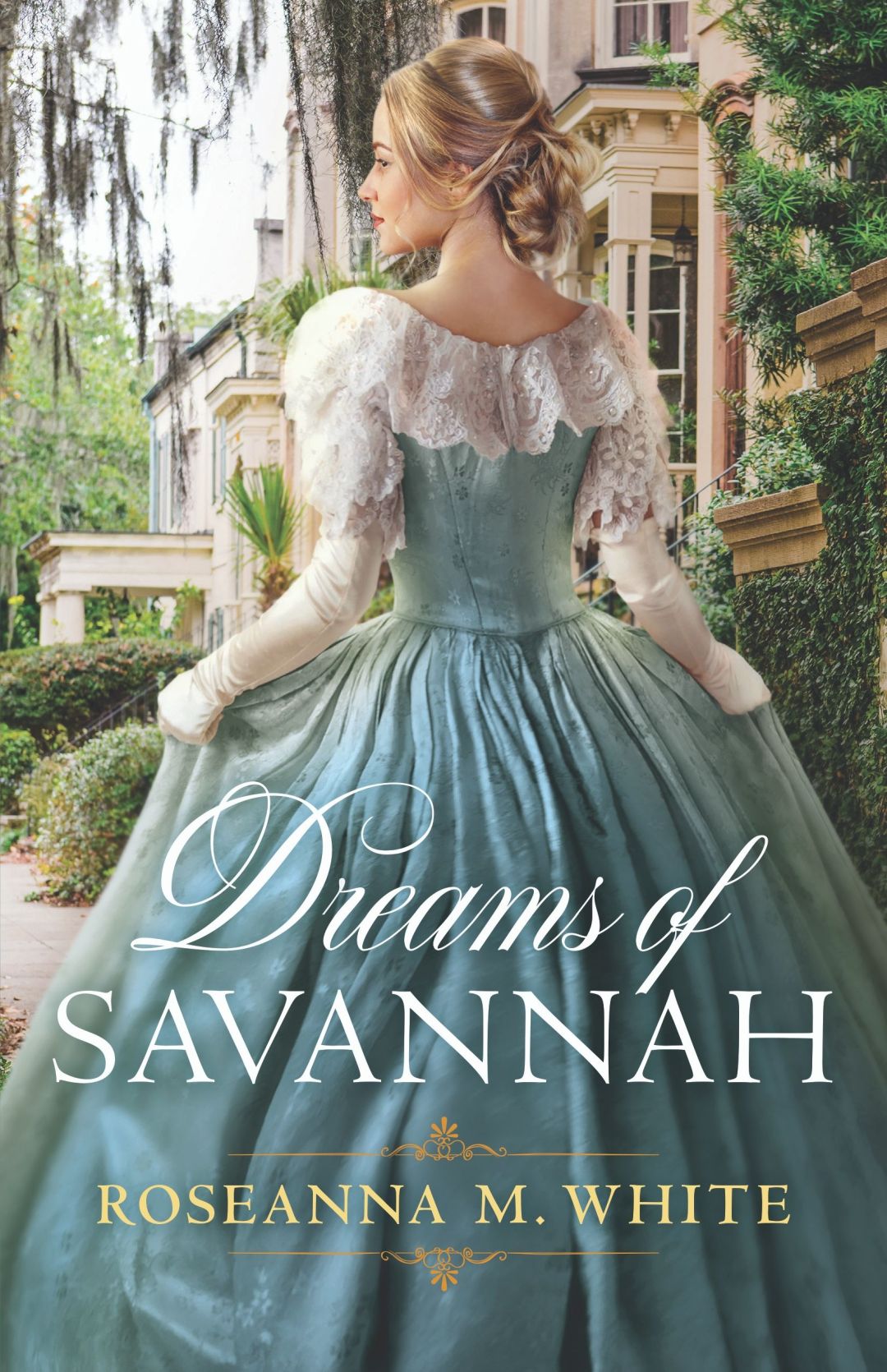 When Cordelia Owens’ sweetheart Phineas enlists to fight against the Yankees, she tries to keep up hope by writing heroic stories. Phineas gets wounded in a raid on his vessel and struggles for months to make it home to Delia. They both have to get real on the issue of keeping slaves as well as deal with the future of their relationship.

Dreams of Savannah is the standalone novel written by Roseanna M. White, published by Bethany House Publishers. Setting of the plot is Savannah, Georgia 1861 and we get to follow Cordelia Owens as her sweetheart Phineas Dunn has gone off to serve in the Confederate navy. He gets shot, swept aboard and lost, but in spite of bad news, Cordelia writes heroic, hopeful stories and does not accept he is dead. Seriously wounded, Phineas gets washed ashore in Cuba where free black, British Vicar Luther Bromley, agrees to nurse him back to health in return for Phineas’ help finding his illegally sold wife. As war rages ever closer to Savannah, increasing numbers of slaves run away to join the Yankees and be declared free. Cordelia and Phineas have to get real on the issue of keeping slaves as well as deal with the future of their relationship.

Main character is Cordelia, Delia, Owens, enjoys a super privileged lifestyle. She has an impressive imagination she uses to raise funds for Confederacy and keep up hope in others. Her character shows a healthy set of values as the plot progresses.

British Vicar, Luther Bromley, is my favorite character of this story. He finds himself in a very challenging position as a free black in an area where people like him are slaves. Description of the relationship developing between Phineas and Luther were my favorite part of the plot.

As a European, this is a very interesting plot from a new to me author. I loved the amusing and lighthearted writing and dialogue. I particularly found the written Gullah-English of the slaves very entertaining and felt this added uniqueness to the plot. I loved how the Lucas Bromley character taught me more about the difference between a free black and a slave.
Delia’s cousin Julius contributed drama to the plot as he was a threat to both Delia and her lady’s maid slave Salina, while trying to present himself as a worthy suitor for Delia. He made my skin crawl every time he was present in the plot. For this, I found his character both excellent and believable if not exactly likable.

Anyone who enjoys who enjoys historical romance, specifically set in the Civil War would enjoy this one. Fans of Roseanna M. White would definitely love it, I think. Similar author to explore might be Tamara Alexander.
Thank you to #Bethany House Publishers, @roseannamwhite and #NetGalley for this opportunity to share my honest review. All opinions are completely my own.

Conclusion: Dreams of Savannah is the captivating novel by Roseanna M. White about Delia and Phin’s privileged life as war breaks out. He enlists, everything changes and she tries to keep up hope by writing heroic stories. They both have to get real on the issue slavery and deal with the future of their relationship.