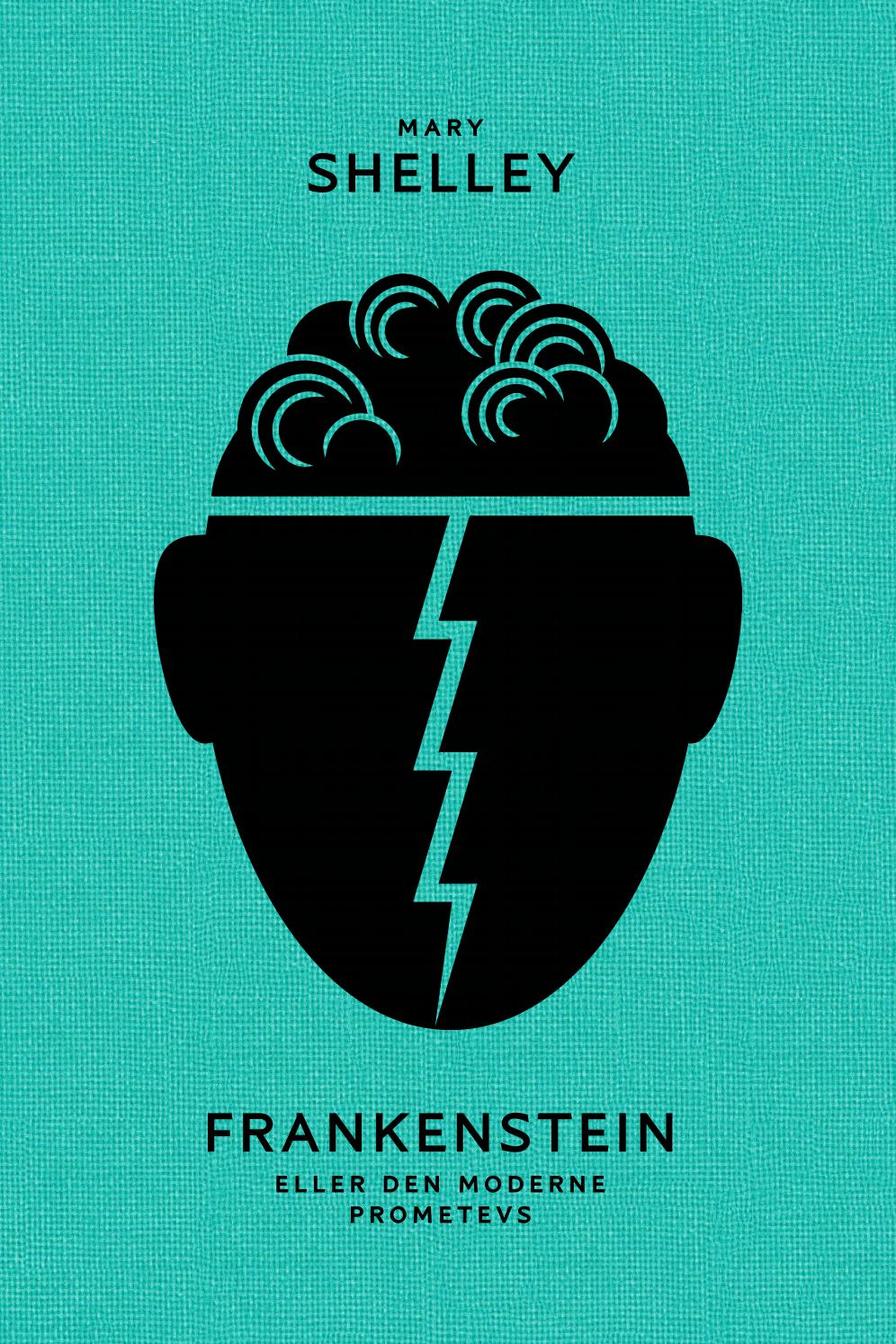 I saw how the fine form of man was degraded and wasted; I beheld the corruption of death succeed to the blooming cheek of life; I saw how the worm inherited the wonders of the eye and brain. I paused, examining and analysing all the minutiae of causation, as exemplified in the change from life to death, and death to life, until from the midst of this darkness a sudden light broke in upon me--a light so brilliant and wondrous, yet so simple, that while I became dizzy with the immensity of the prospect which it illustrated, I was surprised that among so many men of genius who had directed their inquiries towards the same science, that I alone should be reserved to discover so astonishing a secret.

Alas! why does man boast of sensibilities superior to those apparent in the brute, it only renders them more necessary beings. If our impulses were confined to hunger, thirst, and desire, we might be nearly free; but now we are moved by every wind that blows and a chance word or scene that that word may convey to us.

None but those who have experienced them can concieve the enticements of science.

The different accidents of life are not so changeable as the feelings of human nature. I had worked hard for nearly two years, for the sole purpose of infusing life into an inanimate body. For this I had deprived myself of rest and health. I had desired it with an ardour that far exeeded moderation; but now that I had finished, the beauty of the dream vanished, and breathless horror and disgust filled my heart.

Chemistry is that branch of natural philosophy in which the greatest improvements have been and may be made: it is on that account that I have made it my peculiar study; but at the same time I have not neglected the other branches of science. A man would make but a very sorry chemist if he attended to that department of human knowledge alone.

I was surprised that among so many men of genius who had directed their inquiries towards the same science, that I alone should be reserved to discover so astonishing a secret.

Remember, I am not recording the vision of a madman.
The sun does not more certainly shine in the heavens than that which I now affirm is true.
Some miracle might have produced it, yet the stages of the discovery were distinct and probable.

After days and nights of incredible labour and fatigue, I succeeded in discovering the cause of generation and life;
nay, more, I became myself capable of bestowing animation upon lifeless matter.

The astonishment which I had at first experienced on this discovery soon gave place to delight and rapture. After so much time spent in painful labour, to arrive at once at the summit of my desires was the most gratifying consummation of my toils.
But this discovery was so great and overwhelming that all the steps by which I had been progressively led to it were obliterated, and I beheld only the result.

What had been the study and desire of the wisest men since the creation of the world was now within my grasp.

I see by your eagerness and the wonder and hope which your eyes express, my friend, that you expect to be informed of the secret with which I am acquainted;

that cannot be; listen patiently until the end of my story, and you will easily perceive why I am reserved upon that subject.
I will not lead you on, unguarded and ardent as I then was, to your destruction and infallible misery.
Learn from me, if not by my precepts, at least by my example, how dangerous is the acquirement of knowledge ...

When I found so astonishing a power placed within my hands, I hesitated a long time concerning the manner in which I should employ it.

Although I possessed the capacity of bestowing animation,
yet to prepare a frame for the reception of it, with all its intricacies of fibres, muscles, and veins, still remained a work of inconceivable difficulty and labour.
I doubted at first whether I should attempt the creation of a being like myself, or one of simpler organization;
but my imagination was too much exalted by my first success to permit me to doubt of my ability to give life to an animal as complex and wonderful as man.

The materials at present within my command hardly appeared adequate to so arduous an undertaking, but I doubted not that I should ultimately succeed.
I prepared myself for a multitude of reverses; my operations might be incessantly baffled, and at last my work be imperfect,

yet when I considered the improvement which every day takes place in science and mechanics, I was encouraged to hope my present attempts would at least lay the foundations of future success.
Nor could I consider the magnitude and complexity of my plan as any argument of its impracticability.

It was with these feelings that I began the creation of a human being.
As the minuteness of the parts formed a great hindrance to my speed, I resolved, contrary to my first intention, to make the being of a gigantic stature, that is to say, about eight feet in height, and proportionably large.
After having formed this determination and having spent some months in successfully collecting and arranging my materials, I began.

No one can conceive the variety of feelings which bore me onwards, like a hurricane, in the first enthusiasm of success.
Life and death appeared to me ideal bounds, which I should first break through,
and pour a torrent of light into our dark world.

A new species would bless me as its creator and source;
many happy and excellent natures would owe their being to me.
No father could claim the gratitude of his child so completely as I should deserve theirs.

Pursuing these reflections, I thought that if I could bestow animation upon lifeless matter, I might in process of time (although I now found it impossible) renew life where death had apparently devoted the body to corruption.

These thoughts supported my spirits, while I pursued my undertaking with unremitting ardour.

Everywhere I see bliss, from which I alone am irrevocably excluded. I was benevolent and good; misery made me a fiend. Make me happy, and I shall again be virtuous.

Like one, that on a lonesome road Doth walk in fear and dread, And having once turned round walks on, And turns no more his head ; Because he knows, a frightful fiend Doth close behind him tread.

100 Novels That Shaped Our World (BBC)

Explore the list of 100 Novels That Shaped Our World

Saftig utvalg. Dickens, Tennyson, Thackerey, Ruskin, Stevenson, Stuart Mill, Samuel Butler, Oscar Wilde, George Eliot, Brontë-søstrene, Percy og Mary Shelley og mange flere. Om "The Democratic Age" (år 1832-1900) skriver Bloom:
- - - I have located Vico's Democratic Age in the post-Goethean nineteenth century, when the literature of Italy and Spain ebbs, yielding eminence to England with its renaissance of the Renaissance in Romanticism, and to a lesser degree to France and Germany. This is also the era where the strength of both Russian and American literature begins.

Link til boken her på Bokelskere.no.