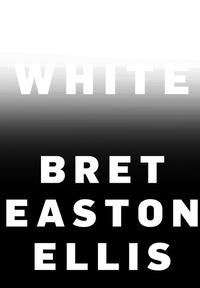 Combining personal reflection and social observation, Bret Easton Ellis's first work of nonfiction is an incendiary polemic about this young century's failings, e-driven and otherwise, and at once an example, definition, and defense of what "freedom of speech" truly means.

Bret Easton Ellis has wrestled with the double-edged sword of fame and notoriety for more than thirty years now, since Less Than Zero catapulted him into the limelight in 1985, earning him devoted fans and, perhaps, even fiercer enemies. An enigmatic figure who has always gone against the grain and refused categorization, he captured the depravity of the eighties with one of contemporary literature's most polarizing characters, American Psycho's iconic, terrifying Patrick Bateman. In recent years, his candor and gallows humor on both Twitter and his podcast have continued his legacy as someone determined to speak the truth, however painful it might be, and whom people accordingly either love or love to hate. He encounters various positions and voices controversial opinions, more often than not fighting the status quo.
Now, in White, with the same originality displayed in his fiction, Ellis pours himself out onto the page and, in doing so, eviscerates the perceived good that the social-media age has wrought, starting with the dangerous cult of likeability. White is both a denunciation of censorship, particularly the self-inflicted sort committed in hopes of being "accepted," and a bracing view of a life devoted to authenticity.
Provocative, incisive, funny, and surprisingly poignant, White reveals not only what is visible on the glittering, pristine surface but also the riotous truths that are hidden underneath.

But I did use Twitter to help a micro-budget movie I'd written get funded, as well as to find its male lead, and once to mistakenly, drunkenly, order drugs. I'd thought I was texting.

[Jean-Michel] Basquiat asked why there were so few black people in my first two novels and I said something about the casual racism of the white society I was depicting and we lit up cigarettes as we walked back, high, to the respective groups at our tables—just a typical encounter for me in the fall of 1987.

When I accepted the invitation I had no idea that GLAAD [(Gay and Lesbian Alliance Against Defamation)] harbored any resentment toward me as someone who occasionally expressed his distaste for stereotypical Hollywood representation in transgressive language on his Twitter account. In fact, GLAAD had nominated The Rules of Attraction as movie of the year in 2003; it lost to The Hours, where (of course) a tormented gay man with AIDS conmits suicide by throwing himself out of a window in front of Meryl Streep.