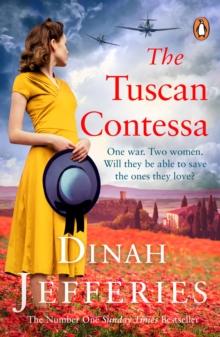 In 1943, Contessa Sofia de' Corsi's peaceful Tuscan villa among the olive groves is upturned by the sudden arrival of German soldiers. Desperate to fight back, she agrees to shelter a wounded British radio engineer in her home, keeping him hidden from her husband Lorenzo - knowing that she is putting all of their lives at risk.

When Maxine, an Italian-American working for the resistance, arrives on Sofia's doorstep, the pair forge an uneasy alliance. Feisty, independent Maxine promised herself never to fall in love. But when she meets a handsome partisan named Marco, she realizes it's a promise she can't keep...

Before long, the two women find themselves entangled in a dangerous game with the Nazis. Will they be discovered? And will they both be able to save the ones they love?