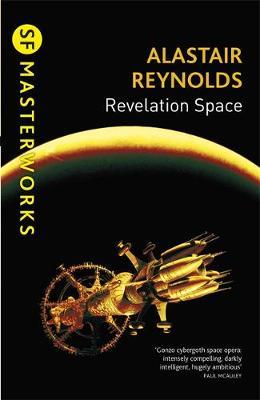 A mission is crossing light years to enlist Sylveste's help to save a metamorphosing captain. Only the software programme that he carries in his mind can save the captain. None of them anticipate the cataclysm that will result when they meet.

Nine hundred thousand years ago, something wiped out the Amarantin. For the human colonists now settling the Amarantin homeworld Resurgam, it's of little more than academic interest, even after the discovery of a long-hidden, almost perfect Amarantin city and a colossal statue of a winged Amarantin. For brilliant but ruthless scientist Dan Sylveste, it's more than merelty intellectual curiosity - and he will stop at nothing to get at the truth. Even if the truth costs him everything. But the Amarantin were wiped out for a reason, and that danger is closer and greater than even Syveste imagines ...REVELATION SPACE: a huge, magnificent space opera that ranges across the known and unknown universe ... towards the most terrifying of destinations.