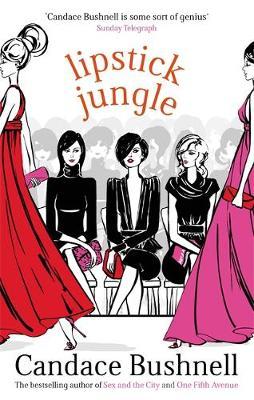 Three powerful career women will do anything to stay at the top of their fields. Nico O'Neilly seems to have everything, but is suddenly finding that the romance has gone out of her marriage, and she is tempted to find refuge in the arms of a younger man. The question is if this will derail her secret ambition to become the first female CEO of Splatch-Verner. Wendy Healy is the president of Parador Pictures. Her non-stop career has made her too busy to notice that her marriage to her metrosexual househusband is about to unravel. Victory Ford has created a fantasy career as one of New York City's top designers, but when she begins dating a cosmetics billionaire, she not only questions what it's like to find love, but what it's really like to succeed in big business.

To everyone who's anyone in New York City Victory Ford, Wendy Healy and Nico O'Neilly are the beautiful face of success in the city. Victory is the hottest new designer on the block, Wendy is President of Parador Pictures with a sure-fire hit in production and Nico is the editor of BONFIRE magazine. The trouble is, from where Victory, Nico and Wendy are standing things don't look quite that way. Nico is fitting in guilty extra-marital sex with an underwear model. Victory's last collection bombed and Wendy's twelve-year marriage to her metrosexual househusband is in freefall.Candace Bushnell's new heroines are irresistible, and as she follows them through the minefield of work, love and life at the top she gives us a hugely entertaining lesson on how to stay ahead in the toughest town on the planet.