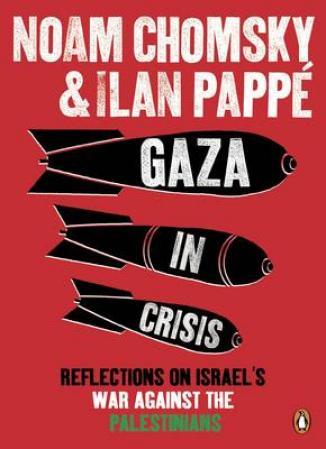 Gaza in Crisis is Noam Chomsky's clear-sighted analysis of an area in a desperate impasse.From the targeting of schools and hospitals, to the indiscriminate use of white phosphorus, Israel's conduct in 'Operation Cast Lead' has rattled even some of its most strident supporters.In Gaza in Crisis, Noam Chomsky and Ilan Pappe survey the fallout from that devastation, and place the massacre in Gaza in the context of Israel's long-standing war against the Palestinians. It is a rigorous, historically informed and much-needed analysis of the situation and will be welcomed by all those eager for Chomsky's and Pappe's insights into yet another political catastrophe.'Noam Chomsky is a global phenomenon . . . he may be the most widely read American voice on foreign policy on the planet today' The New York Times Book Review'Ilan Pappe is Israel's bravest, most principled, most incisive historian' John PilgerNoam Chomsky is the author of numerous bestselling political books, including Hegemony or Survival, Failed States, Interventions, What We Say Goes and Hopes and Prospects, all of which are published by Hamish Hamilton/Penguin. Ilan Pappe is Professor of History at the University of Exeter, co-director of the Exeter Centre for Ethno-Political Studies, director of the Palestine Studies Centre at the University of Exeter, and the author of various books, including the bestselling The Ethnic Cleansing of Palestine (Oneworld).