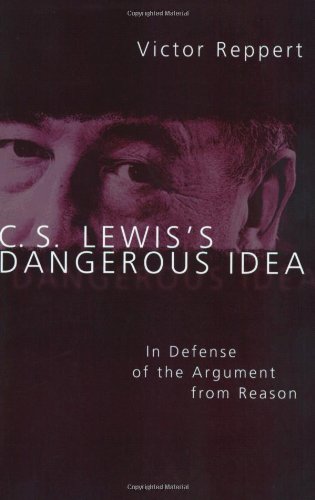 In Defense of the Argument from Reason

Darwinists attempt to use science to show that our world and its inhabitants
can be fully explained as the product of a mindless, purposeless system
of physics and chemistry.
But Lewis claimed in his argument from reason that if such materialism
or naturalism were true
then scientific reasoning itself could not be trusted.

Lewis's arguments have been too often dismissed.

So what is the "Argument from Reason" (AfR)?
In short, it's a way to crash together two compelling
yet conflicting world-views.
The first is naturalism -- the view that the universe is
a deterministic, physical process
in which the movements of mindless atoms are dictated by
the laws of nature.
The second is reason, a process in which thinking humans
derive propositions from other propositions
based on the laws of logic.

Suppose, for example, that a mathematician is thinking rationally,
and developing the logical consequences of a set of axioms.
From a naturalistic perspective, nothing is happening here except
a bunch of totally automatic chemical reactions
in the man's head.
Those chemical reactions (as chemical reactions) can't perceive
propositions or the laws of logic.

They follow their own necessity.
This raises a doubt about whether the man's conclusions are being
determined by their content
(i.e., the ideal mathematical objects he is thinking about)
or by the chemical processes in his brain.

If we take naturalism seriously, it seems the chemical processes
must be in the driver's seat.
But that casts reason itself into doubt --
a major problem for a reason/science-based doctrine like naturalism.

That's the AfR in a nutshell,
and Reppert presents a number of variations on this basic theme.

But wait, you say: What about computers?
Surely they show that naturalism and logic are compatible.
After all, if a computer (a mindless physical process), can implement
the laws of logic,
then doesn't that prove that physical things can be sensitive to
logical laws?

That's an excellent point, and it occurs to almost everybody
who encounters the AfR.
Indeed computers are at the very heart of the problem posed by the AfR.
But simply pointing to the computer as a refutation to the AfR
(as tempting as that is!) doesn't really work
and that's another charm of this book: the deceptive depth of the AfR.

What an astounding statement!
It harks back to Descartes' substance dualism, and the intractable
problem that stumps everybody:
how can material bodies and immaterial souls interact?

In critiquing the AfR, Carr has essentially yielded to it,
allowing that there is a quasi-Cartesian dualism between the material
(hardware) and non-material (software).
A view like that is actually very congenial to a Christian --
or, more generally, an anti-materialist -- worldview,
and is exactly where C. S. Lewis and Reppert want to take you
with the AfR.