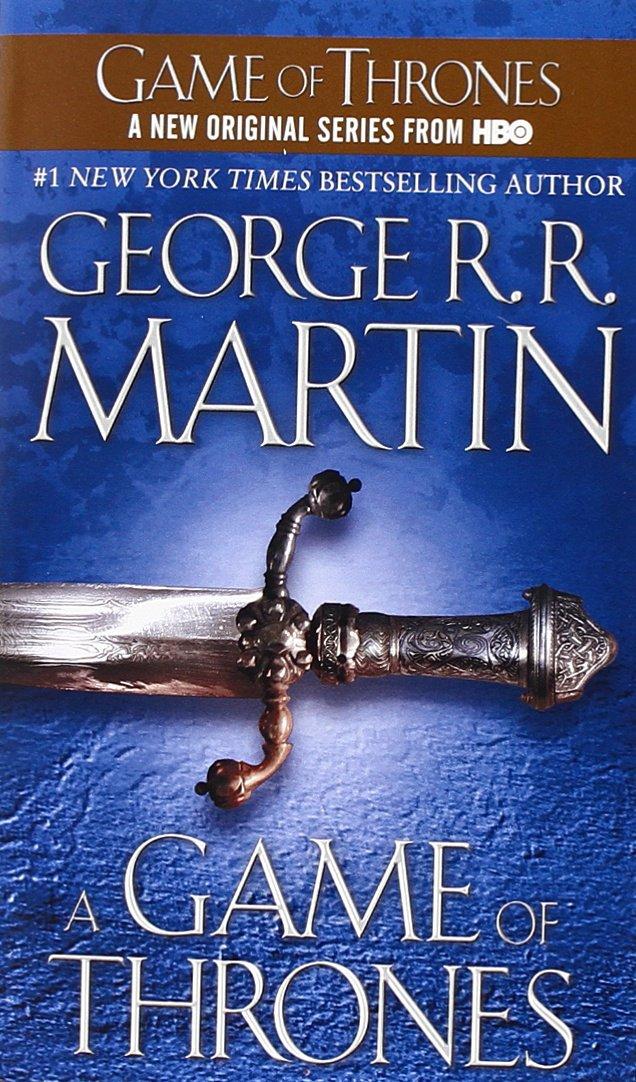 A game of thrones

book one of A song of ice and fire

Long ago, in a time forgotten, a preternatural event threw the seasons out of balance. In a land where summers can last decades and winters a lifetime, trouble is brewing. The cold is returning, and in the frozen wastes to the north of Winterfell, sinister forces are massing beyond the kingdom's protective Wall. To the south, the king's powers are failing: his most trusted advisor dead under mysterious circumstances and his enemies emerging from the shadows of the throne. At the center of the conflict lie the Starks of Winterfell, a family as harsh and unyielding as the frozen land they were born to. Now Lord Eddard Stark is reluctantly summoned to serve as the king's new Hand, an appointment that threatens to sunder not only his family but the kingdom itself. Sweeping from a harsh land of cold to a summertime kingdom of epicurean plenty, "A Game of Thrones" tells a tale of lords and ladies, soldiers and sorcerers, assassins and bastards who come together in a time of grim omens. Here, an enigmatic band of warriors bear swords of no human metal, a tribe of fierce wildings carry men off into madness, a cruel young dragon prince barters his sister to win back his throne, a child is lost in the twilight between life and death, and a determined woman undertakes a treacherous journey to protect all she holds dear. Amid plots and counterplots, tragedy and betrayal, victory and terror, allies and enemies, the fate of the Starks hangs perilously in the balance, as each side endeavors to win that deadliest of conflicts: the game of thrones.

A craven can be as brave as any man, when there is nothing to fear. And we all do our duty, when there is no cost to it. How easy it seems then, to walk the path of honor. Yet soon or late in every man's life comes a day when it is not easy, a day when he must choose.

Justice will fall to you. When that day comes, you must take no pleasure in the task, but neither must you look away. A ruler who hides behind paid executioners soon forgets what death is.

Stick them with the pointy end.

The gods of Winterfell kept a different sort of wood. It was a dark, primal place, three acres of old forest untouched for ten thousand years as the gloomy castle rose around it. It smelled of moist earth and decay. No redwoods grew here. This was a wood of stubborn sentinel trees armored in grey-green needles, of mighty oaks, of ironwoods as old as the realm itself. Here thick black trunks crowded close together while twisted branches wove a dense canopy overhead and misshapen roots wrestled beneath the soil. This was a place of deep silence and brooding shadows, and the gods who lived here had no names.