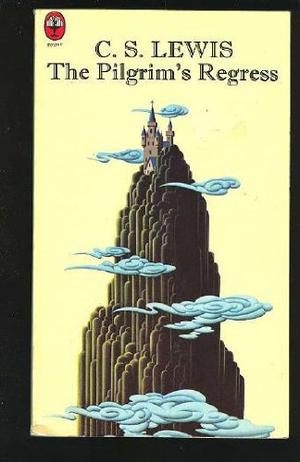 In the warmth of the afternoon they went on again,
and it came into John’s mind to ask the lady the meaning
of her second riddle.

‘It has two meanings,’ said she,
‘and in the first the bridge signifies Reasoning.
The Spirit of the Age wishes to allow argument and not to allow
argument.’

‘You heard what they said. If anyone argues with them they say
that he is rationalizing his own desires,
and therefore need not be answered.
But if anyone listens to them they will then argue themselves
to show that their own doctrines are true.’

‘You must ask them whether any reasoning is valid or not.

If they say no, then their own doctrines, being reached by reasoning,
fall to the ground.
If they say yes, then they will have to examine your arguments
and refute them on their merits:
for if some reasoning is valid, for all they know, your bit of reasoning
may be one of the valid bits.’

‘I see,’ said John. ‘But what was the second interpretation?’

‘In the second,’ said Reason, ‘the bridge signifies the giant’s own
favourite doctrine of the wish-fulfilment dream.
For this also he wishes to use and not to use.’

‘Does he not keep on telling people that the Landlord is
a wish-fulfilment dream?’

‘Yes; surely that is true — the only true thing he did say.’

‘Now think. Is it really true that the giant and Sigismund,
and the people in Eschropolis, and Mr. Halfways, are going about
filled with a longing that there should be a Landlord,
and cards of rules, and a mountain land beyond the brook,
with a possibility of a black hole?’

Then John stood still on the road to think.
And first he gave a shake of his shoulders, and then he put his hands
to his sides, and then he began to laugh till he was almost
shaken to pieces.
And when he had nearly finished, the vastness and impudence and
simplicity of the fraud which had been practised came over him
all again, and he laughed harder.

...and he laughed so hard that the broken chains of the Spirit of the Age
fell off his wrists altogether.

But all the while Reason sat and watched him.

‘You had better hear the rest of the argument,’ she said at last.
‘It may not be such a laughing matter as you suppose.’