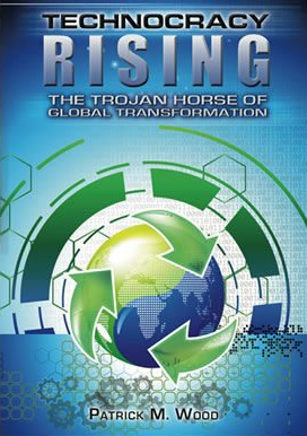 The Trojan Horse of Global Transformation

Imagine calling a friend. Only instead of hearing a ring tone
you hear a police siren, and then a voice intoning,
“Be careful in your dealings with this person.”

Would that put a damper on your relationship?
It was supposed to.

Welcome to life in China’s “Social Credit System,”
where a low score can ruin your life in more ways than one.

Say you arrive at the Beijing airport, intending to catch a
flight to Canton 1,200 miles south.
The clerk at the ticket counter turns you away because —
you guessed it — your social credit score is too low.

Not only are you publicly humiliated in the ticket line,
you are then forced to travel by slow train.
What should have been a three-hour flight becomes a 30-hour,
stop-and-go nightmare.

All because the government has declared you untrustworthy.
Perhaps you defaulted on a loan,
made the mistake of criticizing some government policy online
or just spent too much time playing video games
on the internet.
All of these actions, and many more, can cause your score
to plummet, forcing citizens onto the most dreaded rung on
China’s deadbeat caste system, the laolai.

And the punishments are shocking. The government algorithm
will go as far as to install an “embarrassing” ring tone
on the phones of laolai,
shaming them every time they get a call in public.

But an embarrassing ring tone, flight bans and slow trains
are just the beginning of the dystopian nightmare that is now
daily life in China for tens of millions of people.

A low social credit score will exclude you from well-paid jobs,
make it impossible for you to get a house or a car loan
or even book a hotel room.
The government will slow down your internet connection,
ban your children from attending private schools
and even post your profile on a public blacklist for all to see.

According to Australia’s ABC News, the government has produced
a “Deadbeat Map” via an app on WeChat, which shows a radar-style
graphic identifying every laolai in the vicinity of the user.

“Tapping on a person marked on the map reveals their personal
information, including their full name, court-case number and
the reason they have been labeled untrustworthy.
Identity-card numbers and home addresses are also partially shown,”
ABC reported.

There are reports that those whose social credit score falls
too low
are preemptively arrested and sent to re-education camps.
Not because they have actually committed a crime,
but because they are likely to.

Elements of the system are in place throughout China, as the
government refines its algorithm,
and the final rollout is scheduled to be in place nationwide
by 2020.

The government claims that its purpose is to enhance trust
and social stability by creating a “culture of sincerity”
that will “restore social trust.”

What it will actually create, of course, is a culture of fear
and a nation of informants.

This is because one of the ways that people can improve their own
social credit score is to report on the supposed misdeeds
of others.

Much less than destroying the planet, climate change isn’t
even a settled science.

Conservatives don’t disagree that climate is changing.
That is a straw man.
Conservatives, however ,
are opposed to hysteria ,
have skepticism about the rate of climate changes,
and would like to see an actual cost-benefit analysis
of the radical changes being demanded.

More important than that, conservatives understand that climate
change is cynically used by [particular] people to justify
their political goals of steering the West away from its way
of life (..) How?

Appealing to the faith-based part of human brains,
the need for subservience, and propping up children as human shields.

What would happen if the phone company started deciding about
who could have a listing in their master directory?
What if they simply dropped out people who were discovered to
be Republicans or Democrats?
What if they deleted people because they had a certain skin
color? Or national origin? Or religion?

While on one hand, the phone company was willing to connect and
charge for service in everybody’s home,
those suppressed individuals would only be able to make
outbound calls and they would seldom receive any inbound calls.

Would America ever tolerate this? Of course not.
In fact, it would spark a national uproar of epic proportions.

So, can anyone explain why Google is getting a free pass on hiding
the particulars of its indexing algorithms from public consumers
of information?

It would be bad enough if Google simply dropped out certain pieces
of information, but they have gone way beyond this by rearranging
the results it chooses to release and presenting them
in such a manner to show an alternate reality that purposely
misleads the public.

This is what is called “weaponizing data”
to actively and intentionally lead people to false conclusions
in order to modify their behavior.

To say this is wrong is an understatement.
To say it is illegal is complicated, but it is certainly possible.

"Google has now flatly stated its intent to influence and control
public perception so as to manipulate and determine national
political election outcomes.
It does this by using AI algorithms to skew search results,
presenting their political views, and suppressing dissenting or
alternative views.

"another one of [Lisa, psychiatrist].s female patients had a
friend recommendation pop up for a fellow patient
she recognized from the office’s elevator.
Suddenly, she knew the other patient’s full name along with
all their Facebook profile information.

“It’s a massive privacy fail,” said Lisa. “I have patients
with HIV, people that have attempted suicide
and women in violent relationships.”

Lisa lives in a relatively small town and was alarmed that
Facebook was inadvertently outing people with health and
psychiatric issues to her network.
She’s a tech-savvy person, familiar with VPNs,
-Tor- and
computer security practices recommended by the
Electronic Frontier Foundation –
but she had no idea what was causing it.