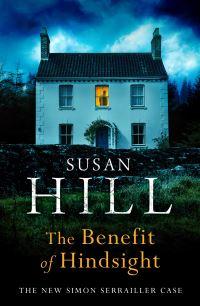 The benefit of hindsight

Lafferton struggles to cope with a series of crimes that threaten the sanctity of hearth and home, leading Simon to engage with his own demons...

One rainy night, a couple welcomes two strangers needing help into their home. It's an act they will regret for the rest of their lives.

On the other side of town a woman is brutally murdered and her husband is left unconscious.

Are the two crimes connected? Serrailler sets out to investigate but will his own demons get in the way?