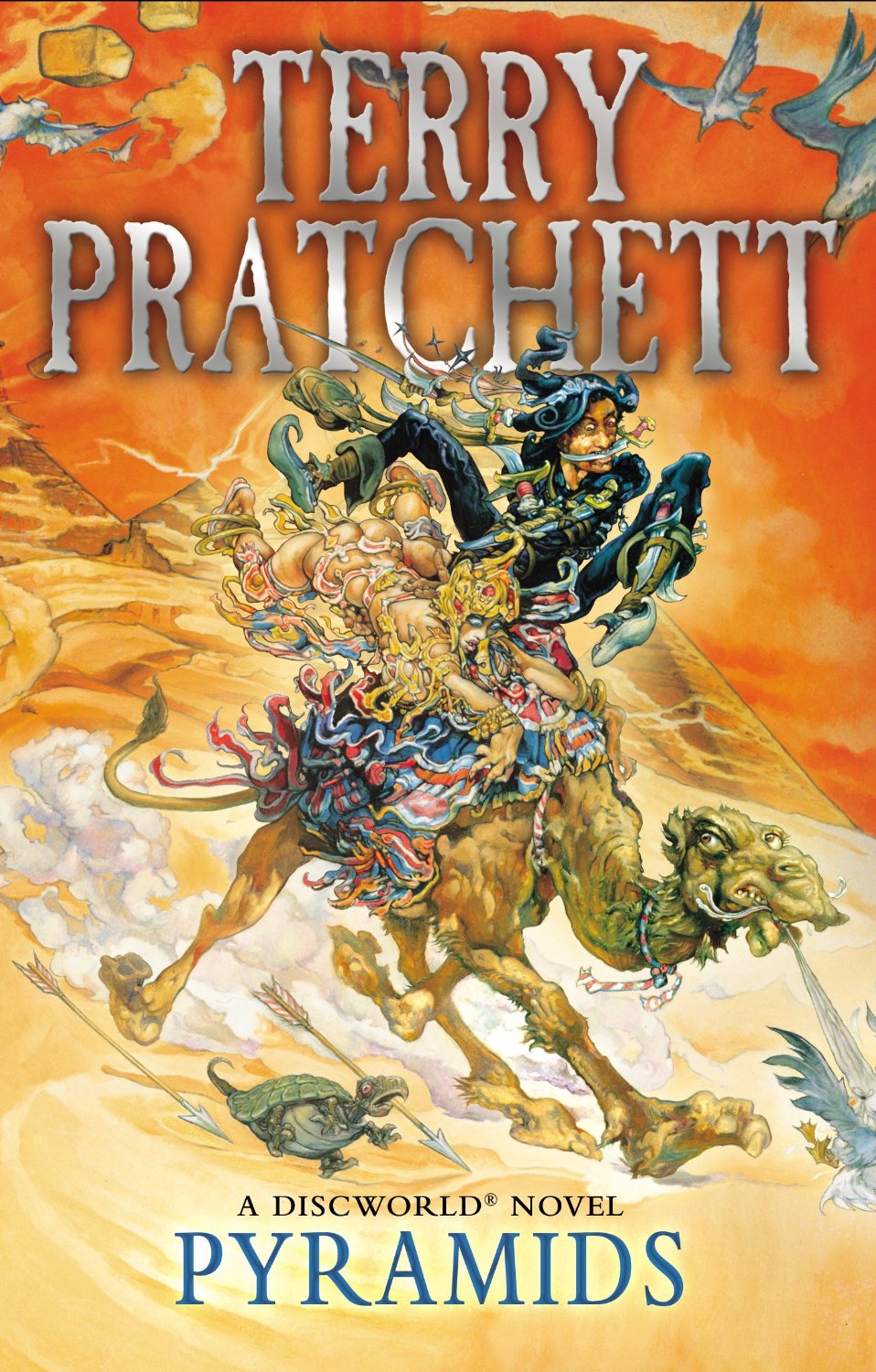 the book of going forth

Kjetil Bjørnsruds eksemplar av Pyramids - the book of going forth

Teppic examined himself critically. The outfit had cost him his last penny, and was heavy on the black silk. It whispered as he moved. It was pretty good.

He sighed and opened the black box and took out his rings and slipped them on. Another box held a set of knives of Klatchian steel, their blades darkened with lamp black. Various cunning and intricate devices were taken from velvet bags and dropped into pockets. A couple of long-bladed throwing tlingas were slipped into their sheaths inside his boots. A thin silk line and folding grapnel were wound around his waist, over the chain-mail shirt. A blowpipe was attached to its leather thong and dropped down his back under his cloak; Teppic pocketed a slim tin container with an assortment of darts, their tips corked and their stems braille-coded for ease of selection in the dark.

He winced, checked the blade of his rapier and slung the baldric over his right shoulder, to balance the bag of lead slingshot ammunition. As an afterthought he opened his sock drawer and took a pistol crossbow, a flask of oil, a roll of lockpicks and, after some consideration, a punch dagger, a bag of assorted caltraps and a set of brass knuckles.

Teppic picked up his hat and checked its lining for the coil of cheesewire. He placed it on his head at a jaunty angle, took a last satisfied look at himself in the mirror, turned on his heel and, very slowly, fell over.

Sir, they say he's dead, sir. They say he killed himself and ran away.

For, as the world tumbles lazily, it is revealed as the Discworld - flat, circular, and carried through space on the back of four elephants who stand on the back of Great A'tuin, the only turtle ever to feature on the Hertzsprung-Russell Diagram, a turtle ten thousand miles long, dusted with the frost of dead comets, meteor-pocked, albedo-eyed. No one knows the reason for all this, but it is probably quantum.